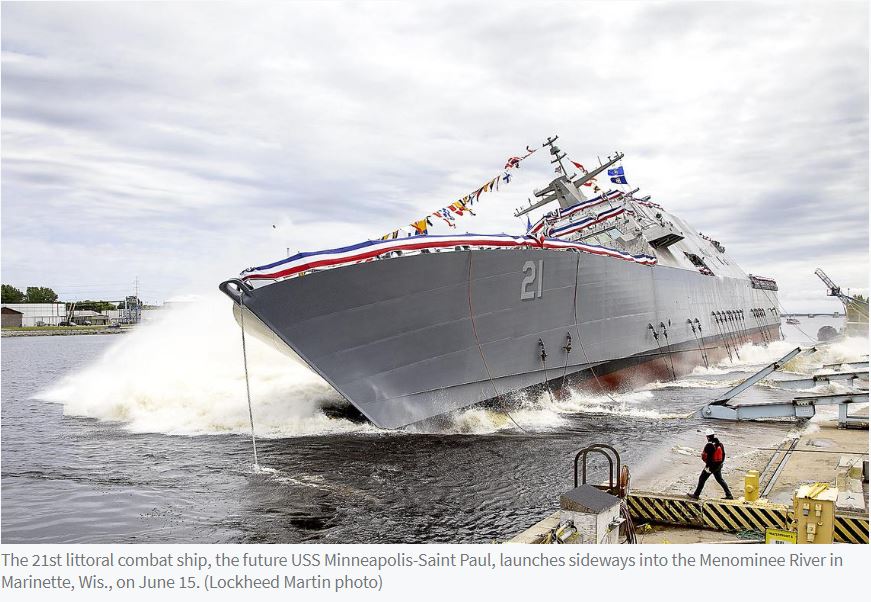 The secretary of the Navy made a good call picking Duluth for the commissioning next year of the freshly christened littoral combat ship, the USS Minneapolis-Saint Paul.

The Twin Ports can hope the secretary of the Navy soon has to keep us in mind again.

An amendment to create opportunities for naval maintenance work in more shipyards — including more around the Great Lakes like Fraser Shipyards in Superior — has passed out of the House, Eighth Congressional District U.S. Rep. Pete Stauber, R-Hermantown, announced last week. The amendment would require the secretary of the Navy to consider maintenance repairs at shipyards other than those in naval vessels’ homeports.

“Shipyards across the Great Lakes are up to the task,” Stauber said, according to a statement distributed to media outlets, including the News Tribune Opinion page. “As foreign adversaries like Iran continue to pose a threat to our national security, ensuring our military readiness is more important than ever. Shipyards in the Great Lakes shouldn’t be excluded from Navy maintenance work just because of government red tape. Our nation’s military deserves the very best, and I’m glad we could bring an opportunity like this to the Great Lakes. The Pentagon needs to study the feasibility of Navy maintenance work in the Great Lakes, and this amendment directs (the U.S. Department of Defense) to do just that.”

The timing of the amendment is good. The Navy has a “tremendous maintenance backlog,” said Republican Congressman Sean Duffy of Wisconsin, a co-sponsor of the amendment, according to the statement.

The amendment is part of the National Defense Authorization Act for fiscal year 2020. It is now being considered by the U.S. Senate.

How big an impact could this amendment have on ports like Duluth-Superior? Look no further than tiny Marinette, Wis., on the shores of Lake Michigan. The shipyard there, where the USS Minneapolis-Saint Paul was built, employs almost 3,000 people and is credited for about 20,000 jobs in the area, each one another boost to the local economy. That’s according to Deputy Under Secretary of the Navy Jodi Greene.

“Those shipyard workers are as proud and have the same sense of service as the sailors who wear the uniform,” Greene said in an exclusive interview last week with the News Tribune Opinion page while in Duluth for Navy Week.

“Obviously, it’s very important,” she said of Stauber’s amendment. “Smaller shipyards offer a lot for maintenance. … Having as many options as we can for maintenance facilities is very important. I think that having that capability, no matter where it sits, and having shipyards that are capable, is part of an important support network. …

“Supporting (local) economies in the U.S. is always — that’s always in the minds of the leadership at the Department of the Navy and Congress, to be sure that we’re supporting the workforce and the industrial base back here,” said Greene.

The Twin Ports and others that aren’t now home to naval vessels can certainly hope so. We can all urge the U.S. Senate to follow the House lead in pushing Stauber’s amendment toward law.

Click below to view the editorial in the Duluth News Tribune 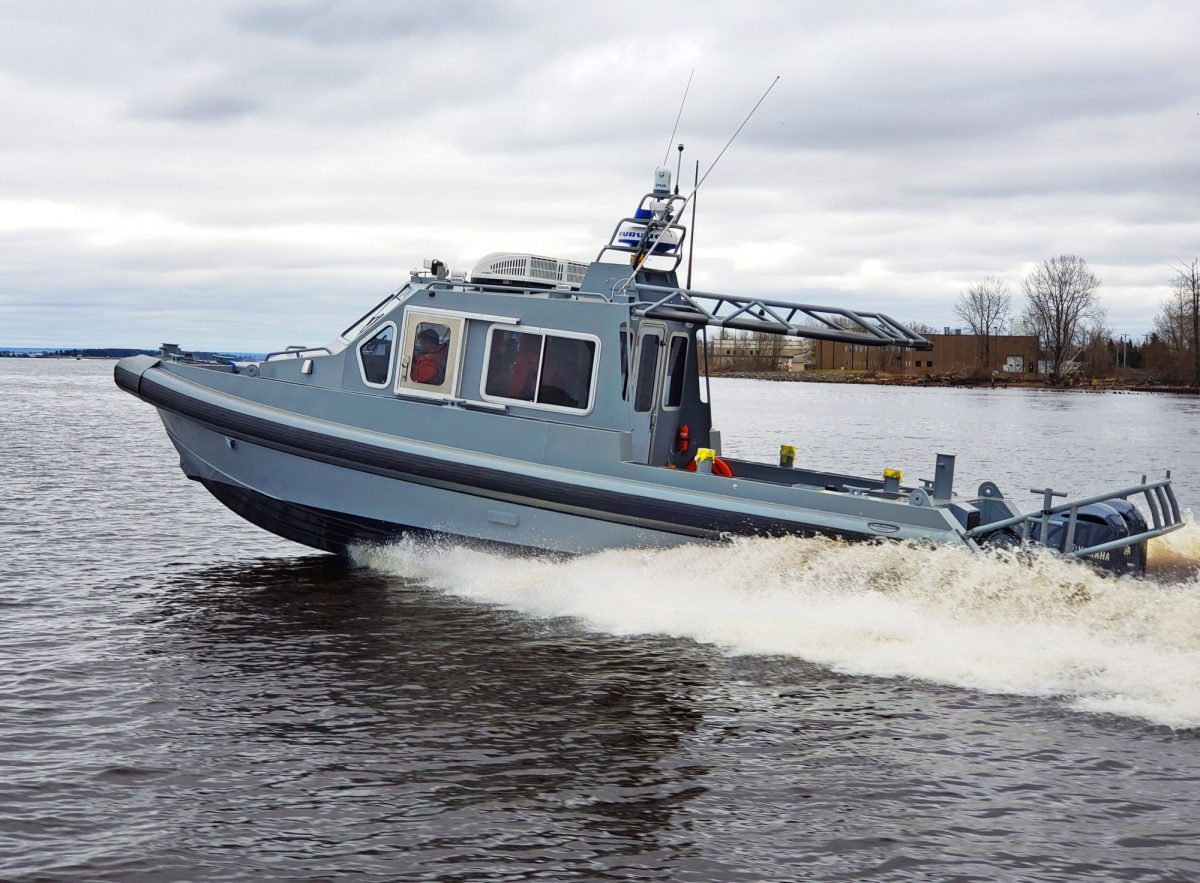 Lake Assault Boats Delivers the First of up to 119 Anti-Terrorism Patrol Craft to the U.S. Navy